Drought is Coming – Suck it Up!

For the sixth time in a row, northern- and central parts of Europe were again this year hit by an unpleasant and worrying spring drought. 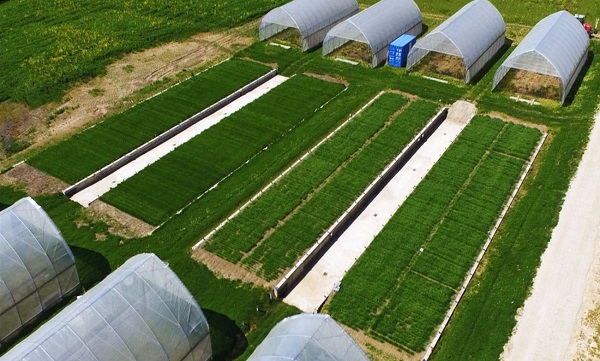 For the sixth time in a row, northern- and central parts of Europe were again this year hit by an unpleasant and worrying spring drought. While not as costly as the summer drought in 2018, the 2020 spring drought will have economic consequences for forage grass producers. Crops that were sown this year will not have germinated efficiently and crops established in the previous years will have a delayed exponential growth phase. In any case, potential yield optimum of the first cut will be delayed and if severe also impaired.

Delaying first cut will also delay all subsequent cuts and consequently the date of the last cut may be postponed long into the autumn due to low radiation in late summer. Almost coherent with the spring drought phenomenon in the past years the autumn seasons have been overly wet rendering soils extremely fragile to traffic from harvest machinery. At this point the farmer will then have to choose between harvesting, which will cause soil compaction and decrease next year’s yield, or simply abandon the last cut. Either way he will lose crop (and money).

The chance that this scenario represents an exception declines with each year that is like spring 2020. There will be fluctuations and years where spring look more to what we knew in the past, but the trend is not fuzzy anymore. Spring drought is coming!

Read more about how to overcome the situation here.