Both can be highly beneficial to a grass mixture, and both have different benefits when included in grassland.

With fertiliser prices at an all-time high reaching £1000/Tn, it is understandable that farmers are interested in more cost-efficient production especially through a natural source such as Clover.

Including clover into your grassland management can help utilise the soil conditioning, nitrogen fixation and extra home-grown forage potential.
What are the main differences of white clover compared to Red clover?

White clover can be small, medium or large in leaf size and is stoloniferous so can spread through a sward and is capable of long term, sustained performance. Protein levels are similar to Red Clover but annual yields are lower and there is no risk over oestrogen. 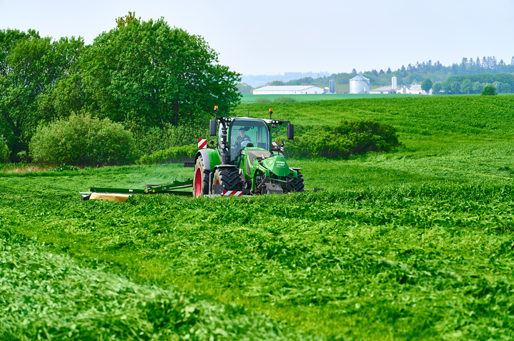 White clover is primarily used for grazing in mixtures with grass. As a forage, white clover is highly digestible with crude protein content averaging over 20%. But the most significant benefit of white clover is its ability to fix N from the atmosphere for use by neighbouring grasses in the sward.

The use of white clover in grass mixtures has the potential to offset up to 150kg N/ha per year in inorganic N fertiliser. With fertiliser prices increasing all the time, the incorporation of white clover into grass swards has the potential to greatly reduce the reliance on inorganic N fertiliser and increase the financial and environmental sustainability for the farmer.

The Benefits of White Clover in the Sward at 20-30%

Establishing and Managing White Clover in the Sward 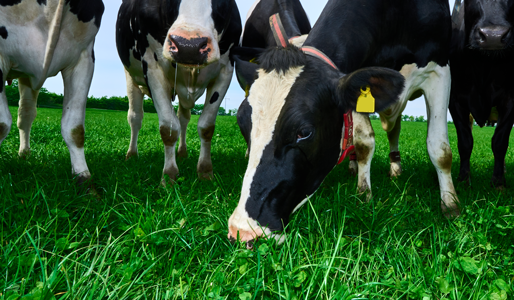 Establishing white clover takes time and some specific management. DLF recommends targeting up to 30% of the farm at a time in which to establish white clover. Achieving good white clover content across the farm should be a medium-term goal and should be carried out over a number of years.

A full reseed is the most reliable method of establishing white clover. However, as the options for post-emergence treatment become more limited, many farmers are choosing to over-sow white clover into existing swards.

No matter what sowing method is used the 4 key principles of successful establishment and management of white clover should always be considered. 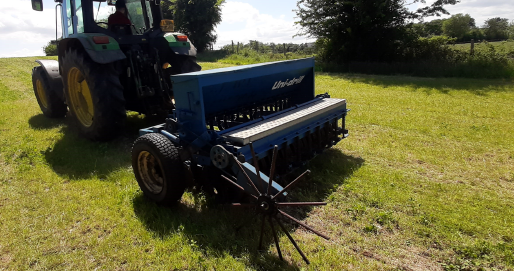 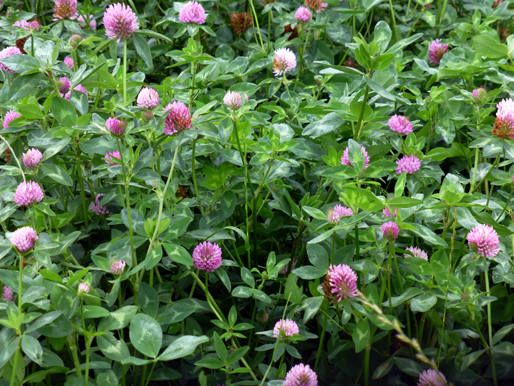 Red clover can produce high yields of highly digestible, high protein silage without the need for any inorganic Nitrogen fertiliser. Like white clover it can fix its own Nitrogen via bacteria located on root nodules. This can be worth up 200kg N/ha per year. Red clover has an erect growth habit and a strong taproot that leads to strong summer growth and a degree of drought tolerance. Due to its upright growth habit and high summer yields red clover is better suited to cutting than grazing.

Red Clover is usually used in 3-year leys where it’s yields over that period can average out at 13 tonnes of dry matter per hectare. Red Clover is assailed by eelworm and Sclerotinia (Clover Rot), so we select varieties that are more tolerant of these ailments and look to the benefit of a blend of top varieties for optimum performance.

Red Clover varies from 16-18% protein so is fantastic for fattening animals, but oestrogen levels mean care needs to be taken when grazing where fecundity is paramount. A long, penetrating tap root offers excellent drought tolerance, recovery of deeper soil minerals and nutrients and is an excellent soil conditioner.